It is the nadir of the year – a time for reflection – and a time to look forward. 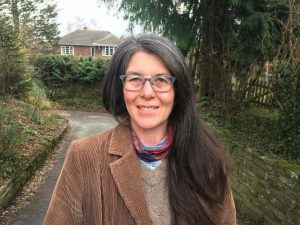 Despite the challenges of the past year so much energy has gone into transforming how local government serves Herefordshire that we can only be in a stronger position to meet the challenges of 2022. By the end of 2021 I was tired – everyone I spoke to was tired, yet pushing themselves that last mile, committed to meeting the targets we set ourselves. As a Herefordshire councillor it is easy to feel over-whelmed and, at times, utterly useless and frustrated (sitting on the Planning Committee has made frustration a constant companion). Being full of idealistic visions about how we can make our communities more resilient, restore the places we live in – the nature around us, is not enough. The enormity of the task is huge and despite the absolute urgency of needing to act immediately we have to have adequate policies in place that enable us to move our visions forward. That is part of the ongoing task ahead of us – how we use a system not designed for change to adapt to the challenges ahead.

My partner watched Leonardo DiCaprio in Don’t Look Up and shook his head with resignation as he recalled the plot to me. A black comedy where apparently so many missed the point that DiCaprio had to issue a message asking viewers not to take the film literally, and that climate change is in fact the elephant in the room. Later we received a message from America: ‘Don’t give up’ it urged ‘everything over the next few years will be about the environment’. I keep that line as my motto for 2022 – don’t give up!

I am proud that my work as a Green Party councillor is supported by six wonderful and committed elected Greens and the Herefordshire Coalition. If you read social media pages and the Hereford Times – this ‘Green council’ should be voted out as soon as possible. As elected members we are castigated repeatedly for prioritising the climate and ecological crisis over a bypass to the west of Hereford – an expensive tarmac plan with no funding, relying on massive house building over a vital aquifer and running rough-shod over the vulnerable and rapidly deteriorating Wye Valley Special Area of Conservation. There have been questions asked about how we make Hereford’s infrastructure more resilient (an Eastern crossing) and how we develop sustainable transport infrastructure, and battles have been fought over the past year as questions emerge over the eye-watering expense of roads like the City Link road.

Trying to convey the extraordinary advances that the council has made over the past two years has been challenging - cleaning up the mess that was left behind by the last administration whilst driving forward our ambitions for a greener, fairer, resilient and sustainable Herefordshire.

It has been a remarkably challenging time to be a councillor. Many of us joined for the first time in 2019 – working together as a coalition and stripping the Conservatives of political control of the administration of Herefordshire Council. We were thrown into the deep end – flooding on a major scale, the Covid pandemic and the collapse of our river ecosystems alongside the collapse of our Children’s Services has put the most immense challenges before us, while communities have grappled with the continued reduction in services and the digitalisation of those services, and the ongoing fallout of austerity on local government. For some of us this will be our last full year in public office – and yet there is so much still to do.

Social care forms a vital part of the council’s service to its citizens. It was devastating to realise the extent to which our Children’s Services had failed some of the most vulnerable - and yet rejuvenating to hear council Leader, David Hitchiner, speak about how the service was being supported through an Improvement Plan and how children would be at the heart of decision making in Herefordshire. Cabinet member for children, Diana Toynbee said the new Children’s Improvement Plan has meant of lot of changes and thanked the teams working within Children’s Services who have risen to the challenge. Covid has also been challenging for many families and there is more demand for social workers. We need to let people know what a fabulous county this is to work in so we can draw the very best to work in our county to make our services fit for the demands of our times.

In the year in which we all learnt to live with Covid a new Chief Executive took up his place in Herefordshire. Paul Walker may not have had an idea of the challenges that faced him when he signed up to lead Herefordshire through tumultuous times of environmental and social breakdown, but he brought with him commitment and enthusiasm for proposals to support the most vulnerable in our communities, create a more circular economy through a new Waste Strategy, improve public transport through a Bus Improvement Plan , achieve social value in how we commission work and services in Herefordshire .

In the year of COP26 there was so much talk about on how we develop new systems. Vandana Shiva talks about a transition from oil to soil and says: ‘This is not a time for hopelessness and despair - this is a time for regeneration’.

Green Party MP, Caroline Lucas, has been leading calls for a shift in our economics to a Wellbeing Economy. ‘We have a dangerous and outdated economic system designed for growth and profit. We need to redesign economy and we need to redesign new economic goals. Country after country talks about net zero, yet the global economy is set to triple in size over that period,’ she told a meeting last year. Would an economy based on wellbeing enable us in Herefordshire to look after the needs of our children, our places and our nature? Will we be able to avoid the patterns of economic growth that correlate directly with increases in harms to all of those things that are most precious to us? Ellie Chowns (Green Party) cabinet member for Economic Development and Environment believes that we can do things differently. She told a Friends of the Earth meeting that we can change the way money is spent from changing support for something that doesn't work towards a net-zero world - to something that does.

The covid recovery plan of more than £6 million has been supporting employment, health and well-being and supporting people to get into the towns to help rejuvenate the high street while giving people confidence to get out and about. A lot of councils have made parking free and that was one of the proposals that came forward. We said: ‘that doesn't really compute with our commitment to sustainable transport’, we shouldn't be subsidising car parking – we should be putting that money into buses and bikes to achieve the same thing, and that is why we can now support free Beryl bikes over the weekends and during Cop26 and why we can put on free weekend buses

So much really important work has gone on into looking at how the council functions, how it interacts with the communities it serves and how we can improve that in a time of vastly reduced funding and increased challenges, how we look after the most vulnerable support veterans; and domestic violence victims and homelessness . How do we support our LGBTQ+ communities, how do we support our youth and nurture the young creative minds that are emerging in Herefordshire? How will we work together to push for action on our fragile and failing river systems ? How will we encourage more women to stand forward and have their voices heard in the decision making processes that affect our local communities and become represented in local government ?

How we respond to climate change will be really important over the next year. As leader of the Green councillors, Ellie Chowns believes Herefordshire is making really good progress: ‘This is a tribute to officers, activists and our coalition of Independents and Greens - we have a fully shared agenda. There is a really strong bedrock of cross-party support for action on climate change which is really important. It is exciting that we are working cooperatively in Herefordshire. There is so much to do and of course the urgency is enormous and we are not getting any of it done quickly enough’. But progress is being made. There will be a Citizen’s Assembly in January and a Climate and Nature Partnership has been established to drive a county response to the challenges. There is so much to be proud of – so much work still to do. Herefordshire Coalition have a vision – it would be a shame if that vision was scuppered by our inability to solve the transport issues that plague the city and our rural areas. Transport will be used as ammunition from our antagonists as we build up to another local election. Let’s hope that the choices that we make do not boil down to a mere road.

It is the nadir of the year, but the axis is turning. Soon it will be spring and there is work to be done – it’s a collective job – all of us instrumental in our tiny efforts that will create the sea of change we believe is possible.