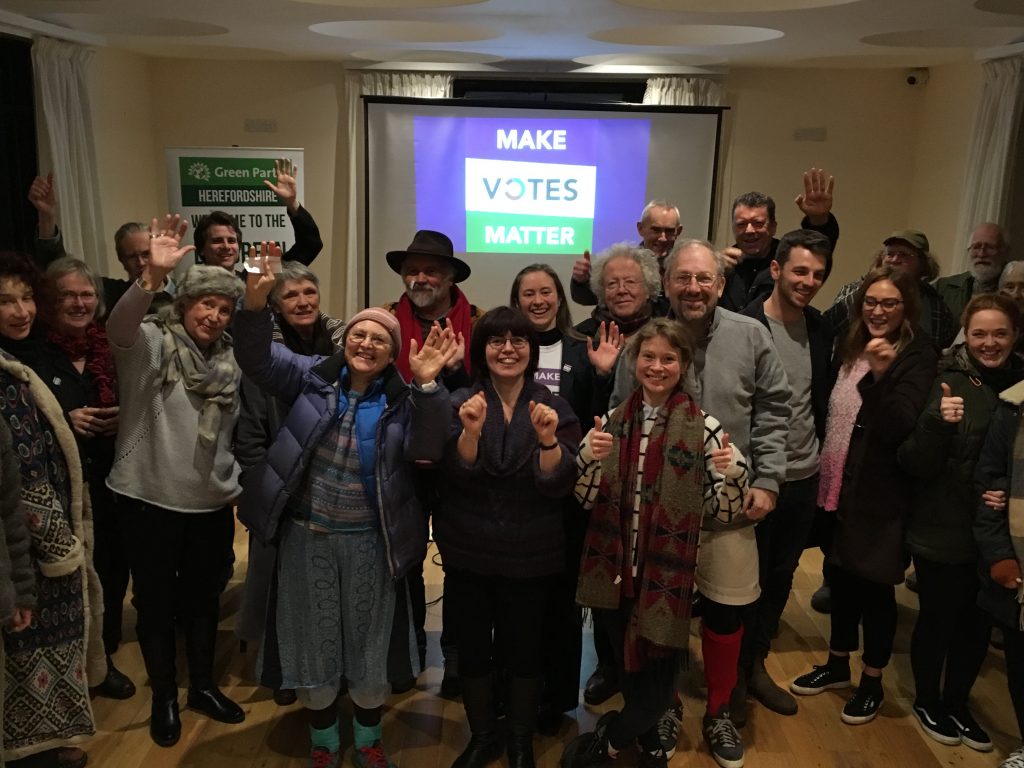 Great turnout for a fabulous evening at Left Bank with Klina and Joe from Make Votes Matter, looking at what’s wrong with our electoral system and how we can put it right. We welcomed a number of Labour and Liberal Democrat supporters as well as Greens and those of no affiliation!

Interesting to see the link between countries with fairer voting systems and better progress on child poverty, inequality, environmental protection, and political engagement.

We also learnt about how the UK has one of the lowest percentages of public support for the government in power, so they lack a democratic mandate. Our current majority government only has support from 37% of those who voted and 24% of the electorate – but other governments with fairer systems get over 50% support.

Defenders of the current nineteenth century system used to say it stopped extremists, but the election of Trump under the US system which is similar to ours has put paid to that!

There was agreement that the current system means millions of voters are not represented in our national parliament. Millions of votes simply do not count, especially in safe seats such as North Herefordshire. Far from complicating things, a fairer system would mean that instead of trying to work through the complexities of who to vote for to keep who you don’t want out, you could, for example, simply number candidates in order of preference.

Surely even our MPs Bill Wiggin and Jesse Norman can count to five? Or perhaps they think we can’t.

Email addresses were taken, and a representative from Hereford will attend the MVM Local Groups Congress on February 5th in London. If a local group is set up, actions could include dramatic representations of the unfairness in High Town and lobbying our MPs.

The key issue is helping people understand how our antiquated voting system is holding up progress on everything else. Most people want to protect a public NHS, yet a government with only 24% support is dismantling, breaking up and privatising it.