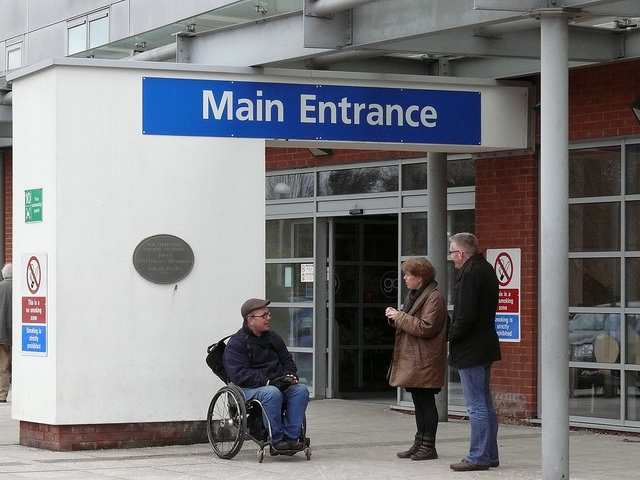 With patients being asked to stay away from Hereford A&E, and dying after hours left in corridors in Worcester, local healthcare is in crisis. Hereford hospital is too small, its management recently taken over by South Warwickshire, a move which Jesse Norman MP said in November ought to be halted while consultation took place. I agree with him on this, but there are underlying issues which he ought to be addressing.

He is a Minister in a government which has underfunded, disorganised and is privatising our precious NHS, and has demoralised its wonderful staff.  Respected aid agency the Red Cross describes the situation as a ‘humanitarian crisis’.

Local people need to be confident that government will provide us with a health service that is fit for purpose and does not lurch from crisis to crisis every winter.

We want a publicly funded, publicly run and publicly accountable NHS for our families and communities. The government’s wasteful privatisation agenda is not supported by the public

My party is committed to reinstating the NHS as a public service without privatisation and marketisation, where funding pays for healthcare and doesn’t inflate the profits of private businesses.