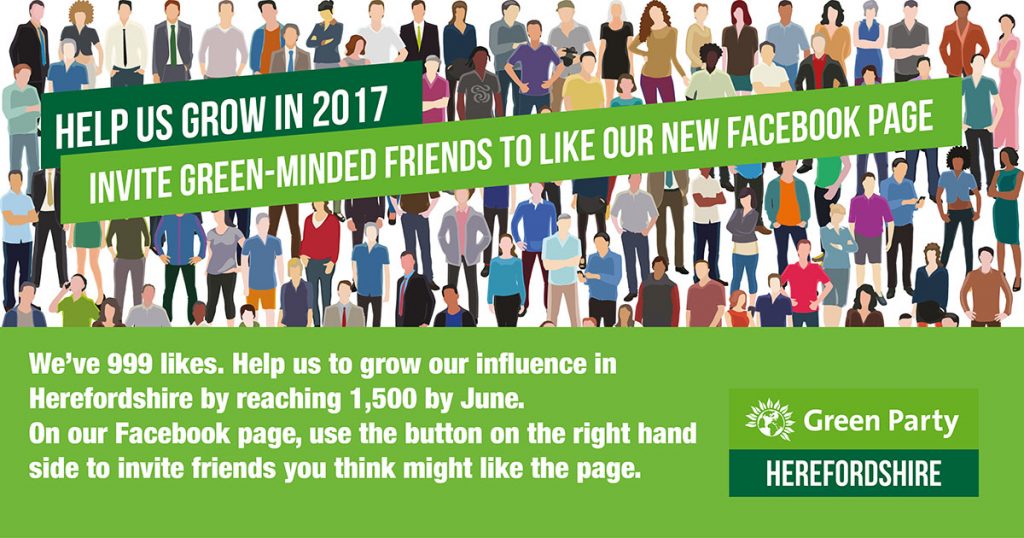 Members of green groups in Herefordshire, including Greenpeace and the Green Party, leafleted shoppers in Hereford last Saturday on the controversial issue of Fracking.

Fracking is used to extract shale gas [1], and has recently been given the go ahead in Lancashire and Yorkshire in the face of very vocal opposition from local people, councils and from campaigners across the UK concerned about the negative environmental impacts. [2].

The demonstration outside Barclays Bank was to draw people’s attention to the bank’s involvement – it owns fracking company Third Energy, which plans to drill 19 wells across the district of Ryedale, North Yorkshire – and to ask that bank customers let Barclays know that they would like the bank to stop financing fracking.

Green campaigners in Hereford want to raise awareness of the negative impacts of fracking wherever it happens in the country.  Parts of south Herefordshire have been identified as potentially suitable for fracking, and last December, licenses were issued for exploration based on a preliminary assessment of the potential for producing shale gas [3].

Leaflets handed out to passers-by listed the key dangers from fracking in an area like Herefordshire:

Rob Hattersley, who helped organise the event, said, “The level of interest was very high – the great majority we spoke to agreed that fracking was dangerous and they were against it, especially if it did come to Herefordshire.”

Rob Palgrave, Hereford Green Party, added, “Back in 2010 the Conservative Party claimed it would be the greenest government ever. None of its policy changes since then remotely fulfil that promise. They launched what the then Chancellor called “the most generous tax regime for Shale gas anywhere in the world”. And, by disregarding the wishes of Lancashire residents and overturning their Council’s decision to block fracking, this government has trashed local democracy. The revelation in the national press last month that they had intentionally withheld information in advance of the planning decision about fracking in Yorkshire is shameful [5]”

Rick Guest of Herefordshire Greenpeace said, ”When I asked Jesse Norman about voting yes in the House of Commons fracking debate last December, it seemed he could hardly remember there had been a vote, let alone how close it was – about 275 v 255. Our MP should be taking a lead on protecting Herefordshire’s natural resources, especially the River Wye, not allowing dirty polluting industrial activities to threaten them.”

[1] Fracking – short for High Volume Hydraulic Fracturing – is a technique for extracting shale gas from deposits in rocks up to 20,000 feet underground. After both vertical and horizontal drilling, explosive blasting is used to open up cracks in the rock, then very large volumes of water with sand and chemicals are injected at high pressure to open up the fractures and allow the trapped gas to escape.

[2] Permission to drill was refused by Lancashire County Council, but was granted by Westminster after the decision was called-in.

[3] Licences were subsequently turned down by South Western Energy, but the Oil & Gas Authority have not discounted offering licences to other companies in the next few years.

[4] Green Party opposes fracking in principle as it produces a fossil fuel which when burnt contributes to global warming. The Labour Party announced in September that it would ban fracking: “The real reason to ban fracking is that it locks us into an energy infrastructure that is based on fossil fuels long after our country needs to have moved to clean energy.”